Watch Genius at Work at the CIC Forums

Some of the Wing Commander community's brightest minds are continuing to delve deeper into the code behind the various game engines. Today's subject is some serious editing & extraction talk about Privateer 2. Lin Kuei Ominae is looking at savegames and hex addresses to find out what else can be improved in the next version of his marvelous game editor. Meanwhile, HCl is investigating the game's compression algorithms and file formatting to see what else can be tweaked. The discussion is all light years above my head, but it will make sense to many of you. If you've got a knack for this sort of thing, head over to Crius.net and lend a hand! 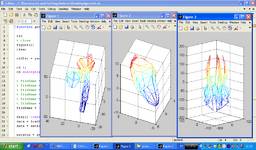 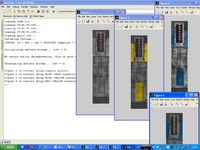 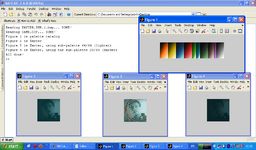 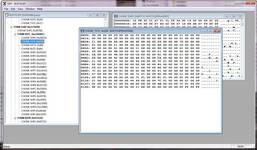 Apparently, the game might always use the same palette. Of the various GIFs AD posted that I checked, GAME.GIF and the various CV-xx-yy GIFs seem to have exactly the same 256-color palette, the only thing that varies is how those 256 colors are used. I speculate that GAME.GIF defines a lookup table for gamma levels, while the CV GIFs define conversion tables in order to stylize the textures according to a given criteria (eg. pirate clans... Chirichan might use the Yellow conversion table, while the Kindred may use the Red one, and so on).

I made a small script for playing with this color conversion mechanism a bit, using textures from spacetex.iff (the textures are already unpacked once you run inflate on them, no need to run them through the RLE unpacker). It seems to work out Pic attached on this thread, in case you're curious.

Regarding text compression: Thanks LOAF! That is actually very useful information and will allow me to try a few things out before diving into the EXE.

AD, I suspect those C file references might be related to the BRender engine. It was a really nice engine, I wish I could take a peek at it some day.