st3lt3k pointed out that the remake to Star Raiders is coming soon. Since the original was an Atari game from the late '70s, the visual similarities are pretty nonexistent, but it's nice to see them paying homage to a classic space sim. GameSpot has posted an interview with the game's producer to explain more about where this came from. 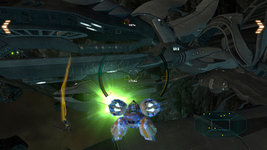 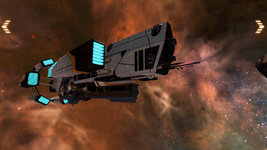 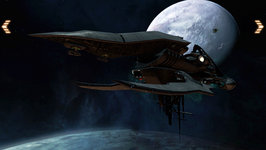 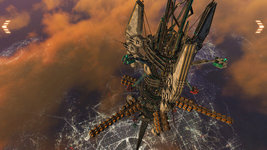 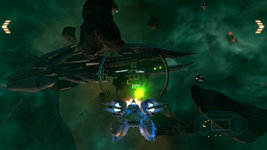 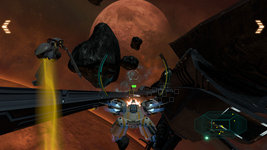 GameSpot: What interested you in updating Star Raiders? What do you remember most fondly about the original Atari game?

Joel Goodman: It isn't often that a developer gets to work with a genre-defining intellectual property, and Star Raiders is just that. Great games such as X-Wing and Wing Commander were influenced by this Atari classic. The original game had great tension when you warped into a sector not knowing what you would be facing, and at times you were immediately thrown into combat. Having to manage the flow of the game from the Galactic Map was a very unique and exciting experience.

• Epic Space Battles – Defend humanity against the onslaught of the Zylon fleet, as you pilot your ship amongst huge capital ships and take part in treacherous dogfights.
• Battle Transformations – Players can transform their ship in the heat of battle into different specialized configurations that have their own flight and combat characteristics.
• Robot Co-pilots – You are never alone in combat! Known as K0-Pi these tactical robot co-pilots will enhance and monitor ship systems performing repairs and provide real time tactical information to the player.
• Explore the Galaxy – Galactic warps and sector tactical maps let you choose your missions and set your own path to liberation.