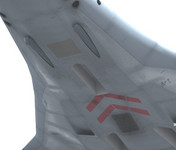 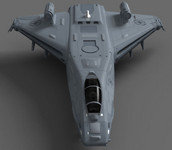 If all the Scimitar pictures have made you nostalgic about the television show, it's time to watch Wing Commander Academy again! The three-gigabyte series follows the Tiger's Claw through a very exciting year in Wing Commander history. Grab all thirteen episodes, plus some special features, below.