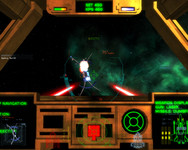 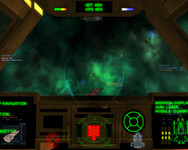 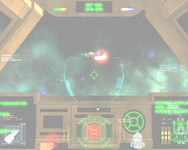 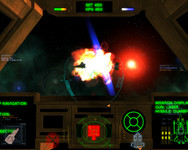 Cockpit update: The cockpit rendering bugs are fixed. I have a few new screenshots of the Rapier cockpit, showing the Indy (my nickname for FRLS Independence) getting destroyed by a spread of CSMs and dogfighting Landreich Raptors in a test mission. The blinding effect seen in the third screenshot is caused by the CSMs destroying the Indy.

Mission update: I've gotten a fair way with the WCHF demo missions script, and I'm pleased to say that the missions are just starting to be made, after at least 3 failed attempts to try and begin progress in this area. Wish me luck.

AI update: Just recently, I added a more challenging AI to the mod, which gives AI pilots the ability to fly more like humans. There is a new AI profile and 4 new AI classes, for Rookie, Veteran, and Ace pilots, and capital ships (the AI class of the capship determines the turret firing rate).

Graphics update: Since the 3.6.12 mediavps are now out, I've integrated the new explosions, and the flashy deaths/flaming debris effects scripts into WCHF. I've also started to make debris pieces for the fighters.