Here's some higher resolution shots of the Wing Commander 2 Campaign in work for Freespace 2. That's a pretty sharp looking Ferret in the first shot, and the second image shows off one of the Concordia's infamous flight deck explosions. Deathsnake doesn't anticipate releasing the mod's Gwenydd series for a few months yet, but you can try the initial test release here. Some combination of files is required. 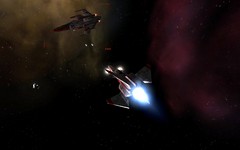 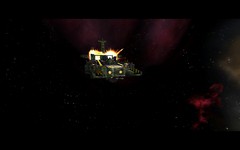 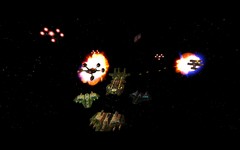 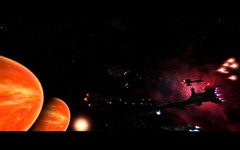 Followers of our Wing Commander IV Storyboards feature noticed that the Bearcat makes frequent appearances as the game's new premiere Confed fighter. But before it was the fast and heavy Bearcat, it was to be known as the Cougar medium fighter. This batch of concept art uncovered in 2008 is a nicely detailed follow up to the storyboards. 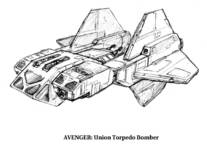 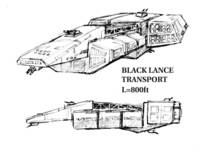 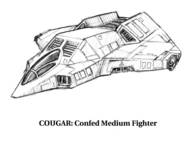 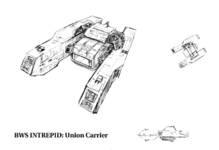