Boeing has recently announced the CST-100, a small spacecraft designed to transport a crew of 7 to the International Space Station or commercial ventures in orbit. The vessel has some similarities in common with the original Apollo capsule and the recently cancelled Orion module, and it would be sized part way between the two. It's one of several programs kicked off by the NASA Commercial Crew Development transport project. A video of what the CST-100 might look like in action is available here.

Boeing is maturing the design of its CST-100 spacecraft under an $18 million Commercial Crew Development (CCDev) Space Act Agreement with NASA. The CST-100 can carry a crew of seven and is designed to support the International Space Station and the Bigelow Aerospace Orbital Space Complex. The CST-100 will ... be able to launch on a variety of different rockets, including Atlas, Delta and Falcon. 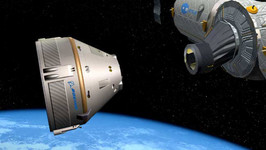 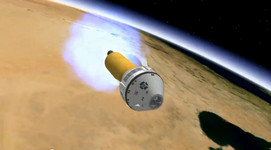 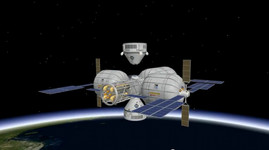