Welcome to the mirror universe! The below screenshots are not, in fact, from Wing Commander--they're from the opening scenes of Retrograde, a 2004 direct-to-video action movie starring Dolph Lundgren. What's going on here? Both movies were produced in Luxembourg by the Carousel Picture Company, which apparently decided to recycle some of Chris Roberts' sets and props--the Tiger's Claw flight deck, Rapiers, marine rifles and armor and so on--to decorate post-apocalyptic Los Angeles circa 2204. 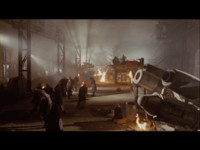 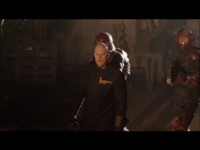 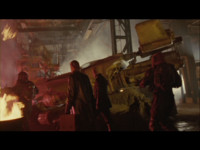 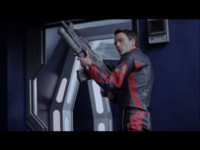