Time Out for Mindy's Music

For everyone out there who's been wondering what Science Officer Aurora Finley's been up to for the last ten years, wonder no further! Former actress Mindy Hester spent a couple years acting on television shows after her role in Wing Commander Prophecy, but she has since found her true calling in music. She now writes and sings specifically for children and is known for her classic rock-inspired tunes. Chicago area Wingnuts can catch her performing special events at venues such as schools or book stores. Her official website has a show schedule and listening room to hear some of her songs. 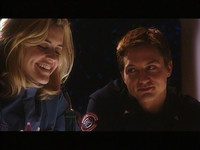 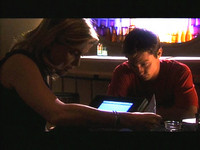 Mindy made the beautiful discovery that passion and responsibility are not always as far apart as they may seem and "Mindy's Music" was born. A 37 year old Chicago native and mom, Mindy began performing as an actor, graduating from the Theatre School at DePaul University in Chicago in 1992. She went on to do television and film roles while living in Los Angeles until 2000. She returned to Chicago and began teaching at The Old Town School Of Folk Music, in the adult guitar and Wiggleworms children's music program. She currently lives in Chicago, and tours the midwest year round.