A Delightful Digest of Digital Diagrams

Here's some more nifty shots from the 1080p broadcast of the Wing Commander Movie. These reveal a few of the super interesting computer displays from various points in the film. Apparently the Tiger Claw's NavCom AI has 2 petabytes of RAM! 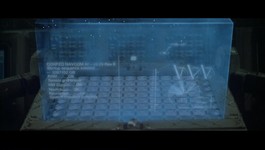 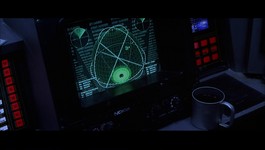 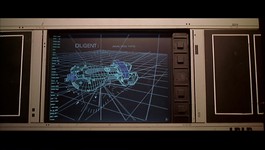 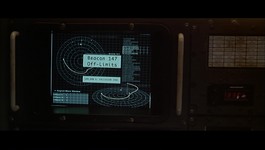 Resurrected Fan Fiction Back in Action

Broadcast has reposted a variety of fan fiction from the late 1990s. Some of it should be familiar to old members of the WC Aces. The stories were originally sent out chapter-by-chapter via email, and different authors would pen individual parts. He's looking to wrap up some of the old unconcluded adventures, such as Battle Cry, Red Storm and The Armageddon Factor. Check out the CIC Fan Fiction Forum for more.

Captain Jim Cromwell stood on the bridge of the TCS Agamemnon, wondering how this disaster had happened. This was the only carrier that hadn't been hit (so far) by the damned Kilrathi. He had lost two destroyers in the last hour, the Stardagger and the Merrimack, and his own ship, the carrier TCS St. Nazaire. He and most of the crew had been able to abandon ship, against his better judgement. He watched as the six Cat ships, all of them Sivar-class Dreadnaughts, as well as their fighters, ruthlessly attack his task force. His boys had taken one of them out, and the boys from the rest of Ruchard's fleet had taken out two more, but the Cats were still winning. He looked at the battle display, seeing at least three times as many enemy dots as friendly. A spread of torps leapt from the nearest Sivar and shoot towards his ship. "Deploy the rest of the anti-torp missiles! Try to get a lock on their lead ship!"

"Fire! Full spread! Throw everything we've got at them!" The torpedoes flew from the bays of the Agamemnon, many of them being shot down before they ever got near the Dreadnaught. One did hit the big ship's shields, but did little to it. "Prepare to fall back," he said.