Space Sim Central has posted a new interview and screenshots for the upcoming Miner Wars game. The developers are attempting to implement some huge asteroid and planetoid environments for players to interact with. It's also an interesting hybrid game with both a single player story and massively multiplayer elements. Check out the new Q&A here. 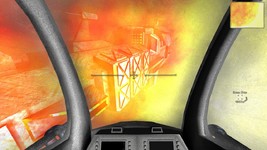 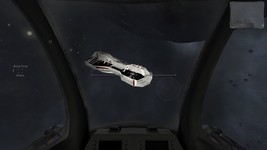 SSC: It has been talked about that the Miner Wars universe is going to be a decent size with maybe thousands of sectors. Right now you can either use your base ship to move to different sectors or fly through them yourself. Is there a limitation on the distance you can travel because of fuel or oxygen? And if so what is the average distance a player can go before they have to replenish fuel or oxygen?

MW: Yes, it’s possible to travel from sector to sector by your ship. Fuel and oxygen will last for about 4 sectors, that’s between 30-60 minutes of game-play. Although it depends on player’s ship, engines, extra fuel tank, etc. And you can also replenish your oxygen reserves meanwhile so basically you can keep on going till you fall asleep.

SSC: In Miner Wars do you have to take into account the weight of items like installed equipment, weapons, ammo, fuel and cargo? Will weight slow down the overall speed of your ship or make it less maneuverable?

MW: Yes. Every ship and all the equipment will make an impact on your ship maneuverability. So if, for example, you attack a player and loot all his belongings, on your way back to the mothership/space station, your ship with the cargohold filed will be far less agile than normal, so you yourself will be in turn a valid and most likely easy target for other players on the hunt.