Electronic Arts has been experimenting with a variety of different business models for a handful of their latest products. From its budget priced downloadable games like Battlefield 1943 or WC Arena to possible super sized pay-to-play demos, the company has shown its willingness to take a few risks and try new things with its pricing. The trend isn't all new either: entirely free Lord of Ultima takes a cue from Wing Commander Secret Ops. Future games will also likely be supported by micro transactions, selling small incremental pieces of the game on top of or instead of a regular up-front payment. The latest concept is the payment model announced for the upcoming MMO APB. In addition to a $50 starter pack and $10 monthly fees, the game also has an option to buy game time at the rate of $7 for 20 hours. On top of that, there will even be avenues to earn play time for doing outstanding things within the game itself. 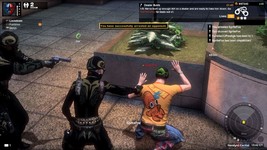 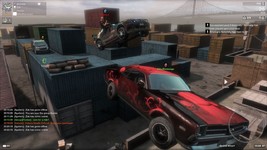 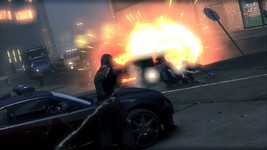 APB takes the universal theme of Criminals and Enforcers and brings it to a persistent, open-world, online multiplayer setting in the modern, crime-ridden fictional city of San Paro. Some players will achieve notoriety by feeding on the city, its people and its businesses…the Criminals. Some will live by a higher code and instead feed on the criminals and their organizations…the Enforcers. This dynamic where players become the core content for other players is one of the many unique features of APB.

In addition to this flexible payment model, players can also earn game time by actually playing the game. APB provides avenues for accomplished gamers or creators to earn rewards for their creativity and subsidize their ongoing costs with their in-game efforts.

David Jones added: “We wanted to provide a simple and flexible way for occasional and core players alike to pay for their play without being financially tethered to the game. The model also provides an opportunity for customers to subsidize their costs by leveraging their talent or market savvy in the ‘points’ Marketplace. Highly talented players could potentially even play for free in this way.”