Encyclopedia SysOp Dundradal needs help reorganizing the Characters section by faction and type. If you've wanted to contribute but weren't sure how, then this is a simple project that requires no experience editing Wiki pages. The Ships category was recently reworked by Dund.

In those subcategories would be: Capital Ships and Fighters

New Song has a Sci-fi Twist 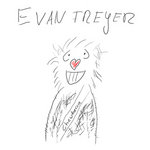 Obee has released another song. The track is available for free, although he is accepting donations. The subject is a particular seven-foot tall hairy alien, although we wish we could add "cat-like" to that list. Grab "Chewbacca" here. We're looking forward to a Wing Commander song from him next!

I have more news regarding my music. I just released my first single, called "Chewbacca" of the coming album "Anker", which is German for "anchor". Chewbacca is an English song about the well-known Star Wars-Character. Not quite Wing Commander, but almost there. (I promise, I WILL write a Wing Commander-Song, soon :)).

However, the single is available at http://evanfreyer.bandcamp.com and you can pay, what you want. You can either pay nothing or whatever you like. The single includes two Techno-Remixes as well (don't hurt me ;).

Since the sales will be reported to SoundScan, it is possible for me to claim the US-Charts. So let's get these fake pop-singers from number 1, won't we? ;)