RapierDragon has finished his paper Gratha! The finished structure didn't sit very well on the ground, so the last shot below adds some landing struts to give the fighter a better angle. Printable files for your own construction should be available shortly. RapierD is moving on to a Firekkan-inspired design next. 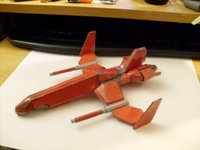 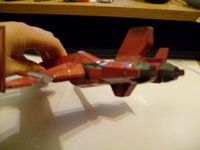 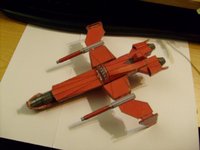 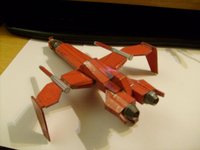 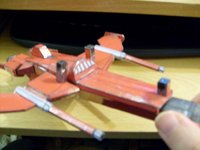 Space Sim Central has posted a new Q&A session with the developers of Heresy War, a space sim by Dream Builder Studios. The game features impressive visuals, a branching plot, customizable ships and will center around a human civil war beginning in space. A multiplayer demo is in work, and the game is expected for release in 2010. 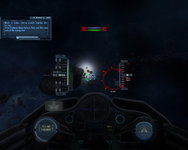 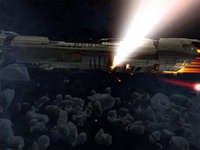 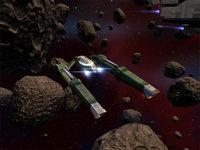 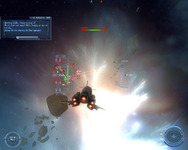 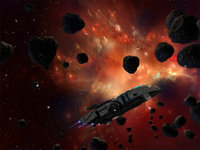 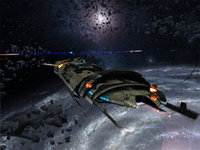 SSC: Heresy War's gameplay is centered around a branching story line of missions. Can you explain how this works and can a player actually go down a path that results in a negative outcome?

DBS: We have three types of actions that will impact the single player campaigns (including the ones created by the community): show stoppers , major and minor events.

Show stoppers are the kind of action that prevents you from advancing the story, such as the player dying, losing your base or things like that.

Major events are what branch the campaign into different mission paths. For example let's say you HAVE to destroy an enemy ship, but somehow it escapes into hyperspace. Instead of proceeding to the next mission of the campaign, another mission (or missions) will be launched which will take you on a chase to catch that ship.

Minor events are actually one of the things that we're especially proud of, because they can change the gameplay of from inside the campaign missions. An example would be you rescuing a transport ship in a mission, which was not mission critical. However, after some missions, when you are in a really bad situation, a squadron of friendly ships appears and saves you from your doom. That squadron was made out of the pilots transported by the ship that you previously rescued. If you wouldn't have rescued the ship, the mission would've gotten really difficult.