They're Boxy, but they're Good

Kevin Caccamo is still working on his Landreich Campaign addition to the WC Saga mod. He's added more detail to his Andrew Carnegie class factory ship, built new representations for shields and figured out squadron logos on fighters. I'd like to know what the place looks like that builds a factory ship like this. Let Kevin know what you think over at Crius.net. 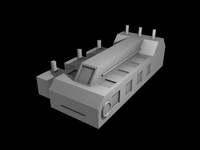 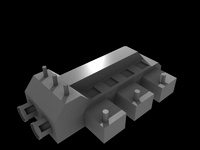 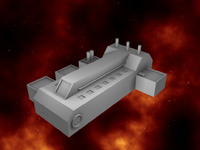 If you ever wondered where FPJ & SMG came up with the name for their new daughter, here's your answer. ZFGokuSSJ1, this one's for you.

Speaking to People, Gellar said: "We both wanted something that was traditional but that you didn't hear every day. I was one of four Sarahs in my class growing up.

"It was, for us, about looking for something that fit into that classical vein but was still special."

Prinze added: "It's almost weirder for her to be called Charlotte. She's going to be in school with a Magic Appleseed, or something, and it's going to be weird that she's Charlotte.