No Achievements for Wraith in Standoff

Here's some clarification on a previously undocumented detail. The Wraith does not earn awards in the Standoff Scoreboard Achievement System. As something of a medium superfighter, its scores are reduced by 25% and players do not earn the standard medals while flying it. There are twelve other ships that receive full credit however, and each one is a blast to fly. Check out the How To Guide to get started!

My apologies. It's something I added when putting the last touches to the sim missions and I think that at that point the updated scoreboard help page was already done; I totally forgot to write it down along with the medals explanation.

The Wraith being Standoff's "God-Mode" ship, I ruled it off the achievement charts, just as I had it's score handicapped by 25%.

I am really sorry for the frustration I may have caused for not making it clearer. 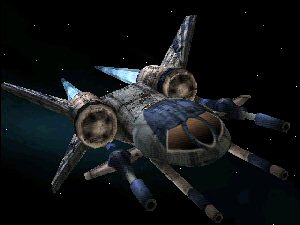 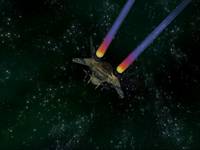 Wing Commander author and historian Dr. William Forstchen and former House Speaker Newt Gingrich have published a book about the Revolutionary War. In To Try Men's Souls, the best-selling co-authors offer three personal perspectives on George Washington's fight for American freedom. The Washington Times has more on the story.

After transporting readers back in time with historical novels set during the Civil War and World War II, former Speaker of the House Newt Gingrich and historian William R. Forstchen have released "To Try Men's Souls: A Novel of George Washington and the Fight for American Freedom."

Mr. Gingrich, who, as reported last week in The Washington Times, plans to evaluate his prospects for a 2012 presidential bid, stressed that his story's protagonist, the country's first commander in chief, is an especially resonant profile in courage in these uncertain times. 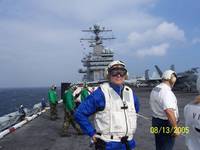