A new computer store has opened with a familiar name. Origin PC is now taking orders on custom configurations of its high-end machines. In addition to including extremely high specs with its computers, the company also allows extensive customization of its exterior cases. Buyers can submit their own designs in addition to several premade models. Some of the company founders formerly worked for Alienware, and although there's no suggestion of a relationship to the former Wing Commander maker, the COO of Origin PC recently acknowledged his love of Wing Commander.

Hector Penton
Title: COO - Co-Founder
What are your favorite games?

"What a tough question. For me, the key to a good game is the memories it leaves you with. And there are so many games that have done that for me. Thinking back on the early days; Red Baron, Alone in the Dark, Doom and Wing Commander come to mind." 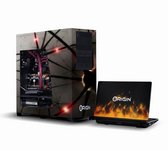 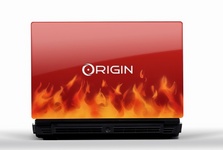