Why Don't You Have a Seat

Clive Owen is cast in a drama directed by David Schwimmer (Ross on Friends), on the dangers of internet predators. Owen is the star of blockbusters such as Children of Men, Elizabeth and Shoot 'Em Up, but is best known to Wing Commander fans for portraying Lev Arris in The Darkening.

“I play the father of a 14-year-old girl who establishes a relationship on the internet with someone she thinks is a young boy,” he explains.

“Eventually he comes to town and he’s a 45-year-old man,” says Clive, who is father to Hannah, 12, and 10-year-old Eve, “and he takes her to a hotel and it ruptures the family.” 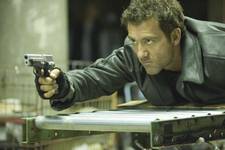