WarefareSims.com has written an article on Wing Commander, the Hand of God and Internet hecklers. It starts by explaining the general background of Wing Commander 3 and the fated destruction of the Behemoth. The article then digresses a bit into some discussion about internet modders and complainers. Apparently there is some stirring discontent lately concerning scripted events. The reviewer mostly brushes it off before reaching a final conclusion.

Chris Roberts’ third major iteration of the WC saga was a remarkable game for several reasons (hell, just teaming up Mark Hamill, Malcolm McDowell, John Rhys-Davis *and* Ginger Lynn Allen together is worthy of eternal respect – but I digress), chief among them being the complex campaign storyline; one that actually branched at several decision points during the game. Most of the story branches re-united at times in order to accommodate some crucial “unavoidable” plot point or another, but it was a unique experience for its time nevertheless.

Turns out there was a purpose behind this frustrating experience; it was one of the unavoidable plot points, see, and you absolutely had to fail this mission so that you could then watch Prince Thrakath gloat about how he literally gutted your ex-lover, and Tolwyn/McDowell walk around furious because he lost his ubertoy. And then of course down the line you got some sweet payback by literally nuking Kilrah with an earthquake bomb, but that’s another tale.

In conclusion: Chris Roberts, you’re damn lucky that Wing Commander was released in the 1990s. Had you waited just a decade more to realize your epic vision, you would be dogged time after time in Internet forums and newsgroups by heckling members of the peanut gallery who, perhaps because they realize that they’ll never reach up to your level, try instead to bring you down to their own – and once there, beat you by experience.

I certainly agree that hecklers abound, and they'd have no trouble finding things to complain about. I wouldn't say that Chris Roberts was lucky though - great games are still great regardless of what the 'peanut gallery' harps on. 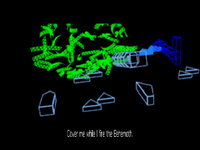 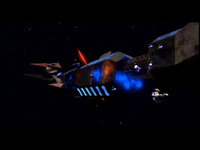 Electronic Arts has announced an Endless Free Trial for Warhammer Online. Sound like an April Fools joke? It's not, and it actually sounds kind of clever. Mythic Entertainment is replacing the previous 10-day trial with a new preview of the game that lets users play as long as they want forever with a level 10 character cap. There are some limitations on where the players can go, but all 24 current careers are available. I would personally tend to avoid a time-limited demo, but the idea of an unlimited experience through a certain player level sounds pretty neat. You can download and try out the game here. 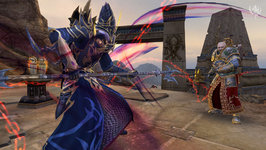 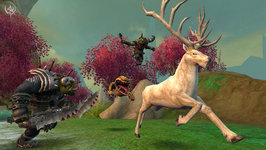 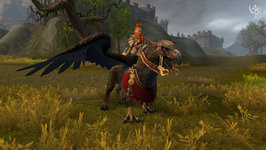