Wing Commander Collateral Damage has updated its taken on the Southampton class destroyer. The latest shots show new details on the bridge and weapon systems. A couple fancier posed images are also included here, although they are from a slightly older build of the ship. 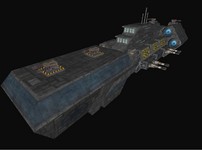 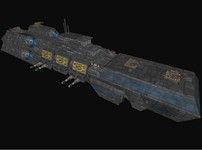 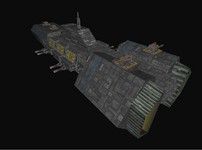 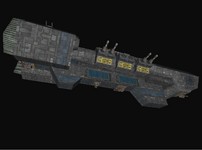 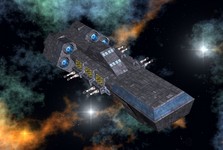 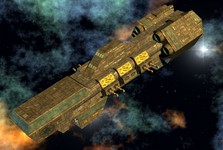 As you can see I've added (8) Mark IV Plasma Cannons... (which in the game engine will probably be some type of unguided projectile somehow). I changed the intakes and widened it a lil bit too (extra armor).

Speaking of negative, this episode has the largest, weirdest hints at the relationship between Casey and Stiletto (again, unresolved!). Some great writing on the subject, though - can't you just imagine lumpy Petrarca-Casey thinking "well I hope this flyboy hasn’t blown it"?