As Standoff's fifth and final episode draws closer, the team has committed to more frequent status reports. Last week their mission department made significant progress and they also have three new screenshots for us. Here is Eder:

Yes, we do have some progress this week :-P.

Quarto has been working away on his mission, and reports that it's close to finished. Still a bit of work left, but it's getting there. And he's given me some screenshots to prove it! We've added three new screenshots, showing quite a lot of civilian ships getting ready to be slaughtered by the Kilrathi :-). Once this mission is done, we'll only have one mission left on the winning path (and two more on the losing path, besides the ones Pierre is currently working on). Of course, there's still a fair amount of balancing needed, but there's steady progress being made on that front, too.

Unfortunately, still no new progress to report in the voiceovers and music departments this week - maybe next week? Definitely gotta bug Tempest and Michael about that... 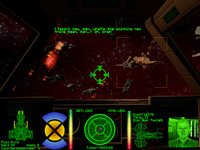 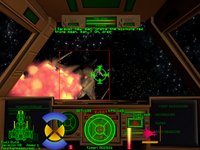 Making the Game: Mission B2

B2 is Hrekkah 2, the Black Widow rescue mission. Here's one interesting cut noted in the mission: "If the player chose to modify his fighter after B1 he will be flying in a modified fighter.. no cloak.. increased gun and shield power."