WC Saga's Tolwyn recently updated the official website with a status report and some screenshots of their space backgrounds. It sounds like there's a lot going on. The (playable) prologue chapter is already available for Windows, Mac and Linux.

We mentioned in a previous update that all the missions for Episodes 1-6 are gameplay complete. I've personally played through each mission, and I am very excited with the results. In refining the missions, our team has taken a new approach to the mission design. We are conceptualizing the missions in smaller sections (e.g. individual nav points) while planning out the overall mission experience. We have focused on testing and reworking each smaller segment until it's fun. We, as designers, want to ensure that the entire experience is going to be great, and we think our new strategy is really paying off.

We are also knee deep in the production of space environments. We have a lot of pots on the stove right now, so to speak. We are playing with reintroducing some of the features we trimmed out of the Prologue, along with several new ideas that are already proving pretty promising. We may say more about those in future updates. I will say the entire team is really psyched right now about the way things are coming together. We think that the energy and synergy we are finding right now will really show in the final product. To give you just a small taste, take a peek at the following screen shots. 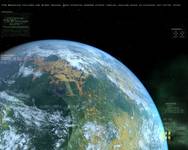 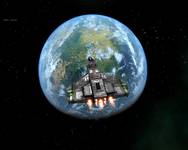 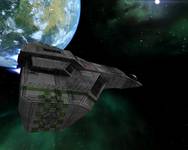 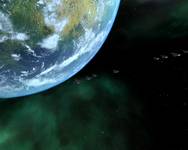 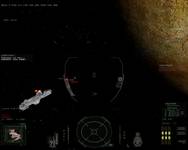 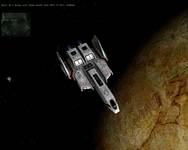 Making the Game: Mission A4

This is the final cut 'A series' mission; it's worth noting that these were removed from the game concept very early on - there's no stray code floating around anywhere. Never the less, it would be interesting to see what some of the capable fan projects might be able to make out of the specifications put forth in these documents.