An alert reader by the name of Pekka came across a Wing Commander reference while strolling through Worlds of Warcraft (or: a world of Warcraft?) - an NPC named Wing Commander Mulverick. What's Wing Commander's connection to Azeroth? Wing Commander fan and developer J. Allen Brack is currently the game's producer! No doubt that's where Mulverick came from. Here he is: 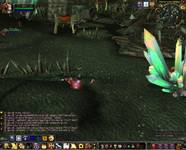 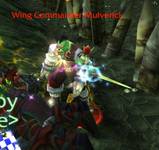