Nothing turns 'gaming journalism' into a tabloid circus like a major product cancellation... and the recent demise of Tiberium is no exception. Gamasutra recently ran an article on the axing which turned into a forum for (theoretical) EA insiders to reveal dirty behind-the-screens details.

A Designer who had originally built only 1 mission on Halo was promoted by then manager John Batter, who had a hard on for Hollywoodesque big talent. John poured millions into James Bond over Medal of Honor. This mean that less experienced personal got bigger salaries than the MOH teams. The designer "Dan Orzlak" experience on 1 mission in Halo was quickly used to calm DANJAQ's butterflies. He was promoted to Design Director. Although very personable, he only understood Halo's systems superficially. Why? Because he was never a system's designer. Boom, fast forward to the next project.

The Producer pretty boy from marketing (insert his name) and Dan came up with a game called "vertical" that never saw the light of day. Neil young then moved them to Tiberium. While Neil squashed the old guard and created his own kingdom, FEAR fell upon all those working on Tiberium. In other words no one wanted to make a design decision.

5 years later, Dan and team had changed the weapons 5 times. Hired a myriad of clown hack jr designers, all who wanted to be the "AI designer!" Dan was let go, and in came Tim Coolidge, who left after 2 weeks.

While many of the above statements are true, one statement needs corrected. An opinion shared across the team except by a select few, is that the "jr." designers, some with 10 years or more experience in the industry, were far more knowledgeable and proven than their lead Orzulak, or his student of the fine art of smoke screening, Andre Garcia. This was not only supported but reaffirmed by other level designers brought on loan from the Medal of Honor team, also with far more experience than their leads. Since you talk of MobyGames'ing a resume, you'll find Andre Garcia, a QA tester for nearly a decade, quickly went from nothing, to a design lead position, thanks to his friend Dan Orzulak.

However, despite the narrow focus of the above poster, the demise of this project, and others, was in the hands of a higher pay grade than is likely visible to the above poster. Previous games such as MoH:A survived even less competent design leaders, such as the aforementioned Jon Paquette, a creative director with even less design experience than Orzulak. No, this would not ordinarily be enough to sink a ship at the well funded studio...

The real story of Tiberium's fate was a project being led by these incompetent leaders, as is par for the course at EALA, but was recognized as an opportunity for a new team of management to make a powerplay for their own development team. At first they made the right moves to win over the crowd, eliminating Orzulak, "pretty boy EP," and their "no action is the best action" technical director, along with demoting the similar philosophy senior development director in one fell swoop. The team rejoiced, and invested their full faith into the newcomers...

The real problem started with them placing Chris Plummer in charge. The dude had no idea how to make a video game and had mostly marketing experience - no actual game dev experience other then a few nightmare projects at EALA. He didn't listen to any of the more experienced staff and changed his mind every few months, causing the team to churn and burn things over and over. The project ended up costing as much as a Hollywood movie and wasting years of people's time. You simply cannot succeed when the guy at the head of the project has no idea what he's making, and no idea how to really do it. I'm amazed they let him churn and burn for 4 years on it. Sad... there were some great ideas in the game and some great people on the team.

Why does this matter to us? Well, at least three of the "inexperienced" people being blamed for the failure here are Origin veterans with credits that stretch back to the original Privateer! Neil Young was President of Origin for Wing Commander Prophecy and Secret Ops; he also produced the Wing Commander movie and was directly responsible for establishing this website. Chris Plummer got his start playtesting Wing Commander III and then moved to marketing for Wing Commander Prophecy and Secret Ops. Newsgroup veterans may remember his posts to alt.games.wing-commander during that time. He's also the famed "Tangy" who appears in several WCSO screenshots. More importantly, Dan Orzulak was a member of nearly every Wing Commander development team at Origin from the original Privateer forward -- even running the QA team on Heart of the Tiger! With that history in mind, can these claims really be taken at face value?

Over the next two weeks we will be featuring production artwork from Wing Commander Prophecy - never-before-seen sketches and renderings of many of the game's ships and weapons. This first set is a beauty - very high resolution renderings of all of the game's Confederation missiles. Look at the stunning amount of detail - down to legible numbers - on some of these... none of which could ever be seen in the game. From left to right: anti-radiation missile, dumbfire, rocket, friend or foe, heat seeker, heavy torpedo, image recognition, light torpedo, mine, tracker and empty tracker. 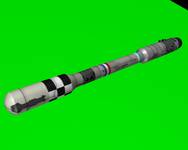 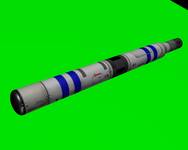 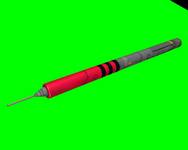 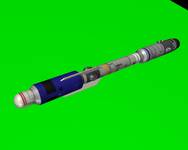 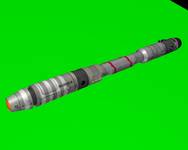 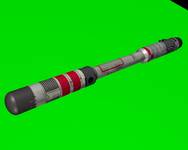 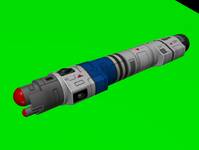 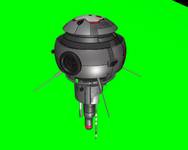 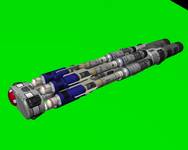 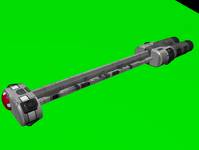