After completing his plastic model Yorktown, Stefan Schoenhoff has turned his attention to the Tallahassee class cruiser. Although he's run into some difficulty with the model edges, these preliminary design shots have been released. The current plan is to smooth these issues out over the summer and see about physically recreating this and other new designs when he returns to school (and their 3D printer equipment) in the fall. The last shot gives a good side-by-side scale comparison for the final creations. 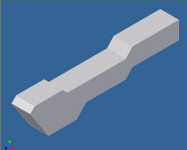 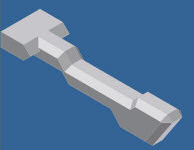 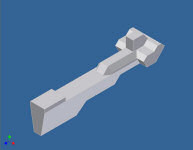 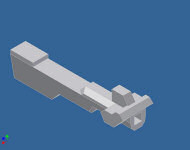 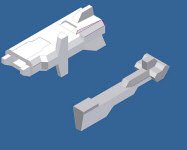 The July 26 Component Manager Meeting agenda shows less progress than other updates but still features some interesting points. One is a reference to the "Maniac code," suggesting that more work was done on Maniac Missions than even these documents had yet implied. The other is the continuing relationship between Richard Hilleman, an EA executive once charged with saving the team after Roberts' departure, and the rest of the group.