Here's some great news for fans of the folded arts: Péricles has released the long-awaited Dralthi IV paper model! It's available here at Paper Commander. What could be next? 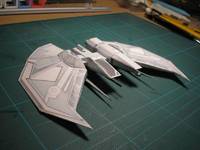 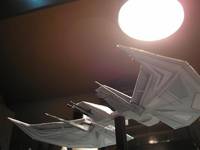 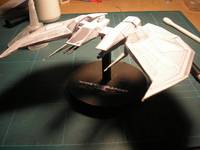 Today we have a second take on the Wing Commander Prophecy concept, this one by Captain Johnny himself. It's shorter and less dramatically different - I think everyone will appreciate that this version comes a lot closer to the chosen plan than the Chris Douglas version presented yesterday. It also features a new pilot, an older ship and two alien races, organic ships... as well as many opportunities for reintroducing previous characters as available.