You know the drill: JasonRocZ, new ship, Collateral Damage mod. This time around it's the production version of the Strakha fighter. You can see it below either with a torpedo launcher (right) or without (left). 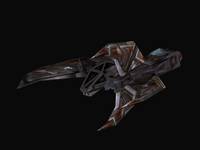 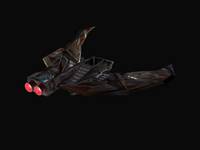 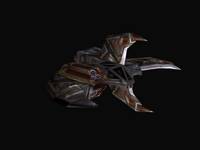 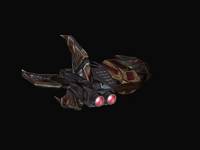 And All the Ships at Sea

Wing Commander novelist William Forstchen is keeping a blog at Newt.org in order to promote his new alternate history book, Days of Infamy. The latest entry may be of interest to Wing Commander fans, since it details his adventures visiting an active United States Navy aircraft carrier, along with the importance of 'experiential' research:

We were talking one day as we were working on Pearl Harbor and I mentioned to Newt that I felt I had a real grasp of Civil War battles, from a lot of experience as a reenactor etc., but I did not yet quite have the feel of what it must have been like aboard a carrier, in the heat of action. Yes, I had visited the fabled Yorktown at Patriot’s Point in Charleston Harbor and spent nearly a day crawling around every inch I could get access to, but it was not “alive,” at that moment, it is a museum, a wonderful museum that if you are within five hundred miles of Charleston you must immediately go and visit, but it is not alive. A Civil War analogy. Take a look at a cannon at any battlefield park. You can learn a lot from studying it, even simulating loading it, but imagine actually firing it for real. That is what I sought.

.... but his lack of aircraft carrier experience didn't stop him from writing several great Wing Commander books set aboard them! It's also interesting to note that the Wing Commander IV team visited the USS Lexington early in that project's development cycle in order to get the look and feel of the real thing down correctly.