Exarch found a few more Lego model renders to add to all the cool designs posted lately. The scene features a highly detailed Tiger's Claw with Exeter escorts hanging majestically in space. Now Death Angel's fighters have a fleet to call home. These surprisingly authentic ships were created by Primus and posted to BrickCommander.com. Although that URL might hint at a Wing Commander slant, images from Star Wars, Mech Warrior and all sorts of science fiction series are available. 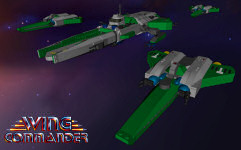 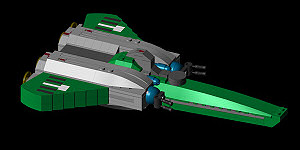 We saved the best for last when it comes to environments: this is concept art for a mode which would have impressed a lot of people... a Nephilim wormhole map! Nephilim ships (seen here) would have emerged from the wormhole to do battle with human players. It would have been pretty neat to team up with friends against alien AIs! Our last set, characters, starts next! 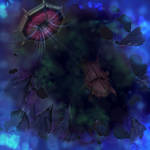