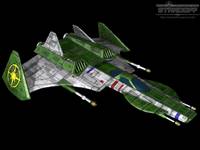 This is the first of four paintings which show potential map hazards. This one is a comet field which ultimately became the 'Meteor Storm' single player mode. 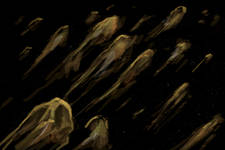