Dundradal's been encountering a lot of players eager to try out Prophecy Multiplayer lately. Some new players have been daunted by the setup options though, so he's put together a guide to help people get started. More detail will be added as frequently asked questions are identified. Head over to the Crius.net thread and reply if any part of the setup has you stumped. That's also a good place to set up game times and coordinate matches with other fans. As always, people can also drop by #Wingnut with questions or to see if other players are active. Start taking out pilots now to show up on the Scoreboard! 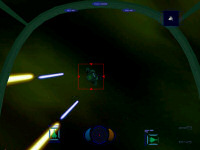 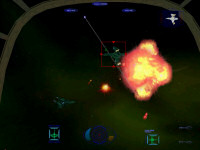 You are presented with a dialog box with 4 options.

Number of Players - (exactly what it means) - Set this to the *exact* number of players. It won't launch if you have more slots than players.

Rounds per Match - Number of rounds before 1 game is over. Typically we play each game with 3 rounds. The limit is 15.

Half-Damage - This option does exactly what it says. It reduces damage to half on all guns and missiles. The best use of this option is if all players are using the "alswantsmoreships" cheat to unlock Kilrathi and Nephilim ships. They are not balanced at all for MP like the Confed ships are, so the half-damage option can make it so they don't feel like you are wrapped in wrapping paper instead of armor.

Team Number - This is important if you are going for a free-for-all or team match. In a FFA situation every player must select a unique number. For teams each member of a team needs to pick the same number. Team members will be blue on your radar and enemies red, just how they would normally appear.