Kevin Caccamo has released pictures of a new Drayman model. If it doesn't look familiar to you, that's because this Drayman comes from Super Wing Commander. It's not yet complete, but the basic structure is all there. The model comes in at 1206 polygons and is set to be included in a future update to Kevin's WC1 Remake for Flight Commander. Shots of the Drayman from SWC's Claw Marks and Origin's original model are also pictured below. You can check out more ships from Super Wing Commander here. 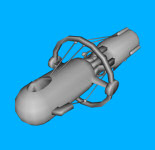 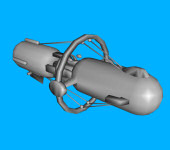 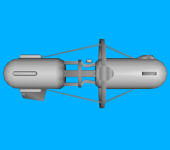 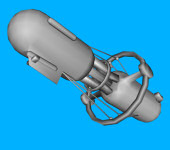 June 5, 1992 - Origin returns from a successful CES show in Chicago! Buzz and sales of Ultima VII and Underworld are good and a series of important pre-orders for Strike Commander have been made. Now the game just needs to make it out. Wing Commander references are limited in this one, but the overall mood is good - Origin's purchase of a new building sounds more and more certain!

Point of Origin
Vol. II, No. 18 - June 5, 1992
Contents
CES: From the Pound
CES: A Trip to Bountiful
Birthdays
Bio: Jennie Evans
Dear Point Man
Top Ten for May
Check it Out
Errata, Etc.