Rocks Around the Clock

The Wing Commander Saga FreeSpace 2 mod has gone to the... rocks! They've updated their website with two images of the K Ha Haf, the Kilrathi 'asteroid fighter' introduced in Wing Commander III. The first picture shows the fighter as it will appear in-game in Saga... the second is a beautiful wallpaper render created by Gevatter Lars! Check them out: 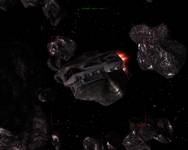 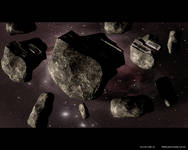 Today we're showcasing another wonderful Arrow image - this is a mock-up image created to work out what afterburners should look like in Wing Commander Arena. Remember that Arena was originally a completely top-down game - so this art (and many other pieces you will see in the coming weeks) shows the ship from straight above.