Bit By Bit, Char By Char 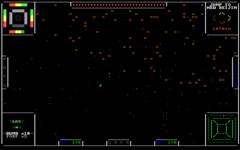 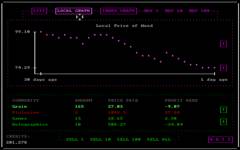 You can forgive Raptor for slacking off a little what with so many great things happening in the past six months. However Raptor has had his own personal great thing happen to steal his attention away. I'll let him explain why and the reason for refreshing your memories with this previously posted chapter.

I'm sure you noticed the distinct lack of HTL chapters in the last few months. I'm afraid that the fault is entirely mine. For a change though, it's not the grind of work and study that's been keeping me away from HTL. I met a nice young lady earlier this year, and we just got engaged. :-D As you might imagine, I've been spending most of my spare time with her, and getting to know her family.

I certainly don't want to let HTL slide though, and I'll do my best to keep with my duties as co-ordinator. The last story we posted was part one of Welcome To Hell 6. I was originally intending to send you part two now, but I don't think it's fair to the writer to split a two parter by three months. What I'll do instead is post part one here again now, and send you the second part out in a week's time.

After our last chapter looking at a possible future for the Kilrathi, we're returning to the battle against the Nephilim in the present. In this chapter, we're following the Confed and Border Worlds reserve forces fighting the Alien forces pushing in from the Loki jump point. WTH 6 is a long story, and will interweave with the third Check And Mate chapter (which follows the fight against the Nephilim pushing from Ymir) as the HTL battle heads to a climax, As I said on the Aces board recently, the end is most verily nigh. ;-) This particular story is written by James Andrew "JAG" Greenhow. Please send any and all comments to him at rambo_123uk@hotmail.com, not to me.