Goodbye, Battlestations Midway pin-up girls, hello Kilrathi fighters -- Microsoft has released two Wing Commander Arena Xbox 360 themes on Live Marketplace! A "Terran Theme" and a "Kilrathi Theme" are now available for 150 MS Points each. They're very pretty - each blade gets a high resolution rendering of a different fighter with a different colored background. It also replaces the standard gray 'utility' background with the Confederation star or the Kiranka claw! 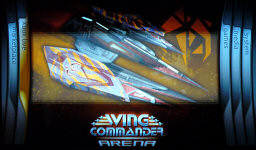 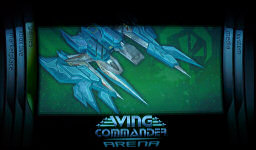 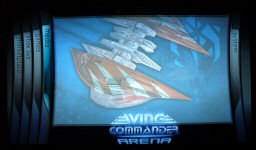 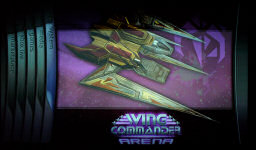 The Wing Commander Arena reviews continue to roll in! Here's three more, following the two posted yesterday. The best news is from XBL Radio, who was incredibly positive about the game:

Vito's Verdict has posted an extensive commentary on the game, discussing the pros and cons of every single mode... they've even took their own screenshots, if you're interested in seeing more mundane aspects of the game such as score screens. Arena earns a 7/10 and was generally accepted:

Wing Commander Arena is meant to be an instant pick-up-and-play experience, and that it does well. There are no cinematics, and the only story you will get is when viewing the Help and Options menu. Select your mode, select your ship, and your immediately playing. When starting out, I first thought much less of the game then what I do now. This was due to the fact that not a lot of people had downloaded it yet, and therefore I couldn’t get into any of the hot multiplayer action that was always talked about in press releases. Today after signing onto Live though, more people had it and I had a much easier time of getting into larger scale battles. The games are smooth as can be, and I have had zero lag in all my time of playing it.

Awkwardly themed Game Almighty rounds out the trio with a less positive review that still sings some of the game's praises. They give Arena a 6.5/10:

In the end, Wing Commander Arena is a fine pick-up-play shooter, but you can't help but think about what could have been. It offers a lot of options for your 800-points and 16-player team battles can be quite enjoyable, but there's just not enough meat on its bones to constitute a satisfying meal. Its the kind of game you'll probably get sick of after a week, but if that's worth 800-points then go for it. At least it's not another pointless retro release.

On the Polaris Roads Again

I'll bet you thought the days of seeing new Wing Commander Arena trailers were over... well, you're dead wrong! GameVideos has posted a three and a half minute video of the game's single player melee mode. You can watch the video online here. My heart leaps up when I behold a Longbow on a platform... 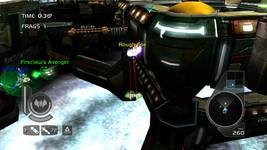 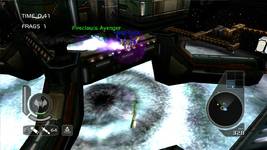