Warren Spector, meet Donald Duck. Disney Interactive Studios has purchased Spector's Austin-based Junction Point Studios. Junction Point was started back in 2005 and has not shipped or announced any games to date. Spector is a famed Origin veteran whose connection to Wing Commander goes all the way back -- he was co-producer of the original game! He's better known for his involvement in the System Shock, Thief and Deus Ex franchises... and he was the heart behind Origin's excellent Wings of Glory. Junction Point's website claims that the company includes a host of Wing Commander veterans including Sam Yeates, Steve Powers, Mike Grajeda, Jeff Grills, Kay Gilmore and John Ford. PALGN has the whole story here.

Here's one more story from Goliath - he's discovered yet another Privateer-styled space game being developed behind the former Iron Curtain. Tarr Chronicles: Sign of Ghosts is being developed by Akella and will be published in the United States by CDV Software. GameSpot has written a preview:

Like old-fashioned space sims, such as Freespace or TIE Fighter, Tarr Chronicles is all about climbing into a nimble space fighter and dogfighting it amongst the stars. At the same time, the game also promises a considerable amount of customization, along with some cutting-edge graphics.

Looks neat! A trailer is available at the Tarr Chronicles official site. 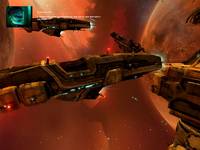 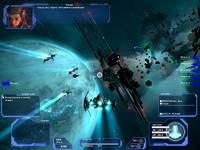 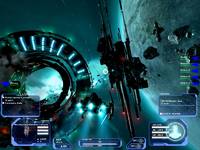 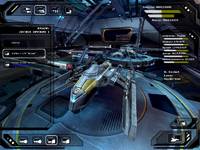