"Edgy" gaming news site Kotaku has posted their impressions of Wing Commander Arena. As with the GameSpy preview this morning, they were disappointed that it "wasn't Wing Commander"... but they were pleased with the game itself. While their criticism is somewhat understandable, it should be clear to everyone reading this that Electronic Arts has gone to extreme lengths to make sure Arena incorporates many elements of the Wing Commander continuity -- and I will personally guarantee that you'll be seeing a lot more in the coming weeks. Read the whole thing here.

I asked one of the EA guys about that and he told me that the cockpit view just didn't fit with this version of the game. Mostly, he said, because the game is so fast-paced and can have up to 15 others in the game dog-fighting with you. He also said it' a view that can make you motion sick... and I know what that's like.

The best thing to come from this article are a pair of photos from the preview event, one of which shows the control layout: 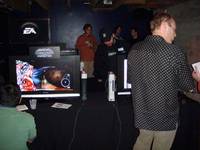 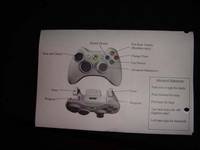