It's time again for your monthly fix of Holding The Line. The project is now in its eighth year after celebrating its anniversary last month. Here's Raptor with his introduction to the latest chapter.

HTL continues with the second part of Check And Mate II, written by myself and Joe Guida. As you saw in the last chapter, the Confed pilots were recovering back aboard the Yorktown after their initial strike against the Nephilim carrier, and preparing for the follow up missions. This chapter follows the group who were detached back to the Valeria to help co-ordinate the joint operation. Please send any and all comments to myself or to Joe at captpowell1 at yahoo.com.

Are You An Artist?

Forums user Pedro is looking for an artist to help him with a project that he is working on. It's a DirectX based space combat engine which could one day be used by fan projects to create their own games. His previous credits include Unknown Enemy the unreleased WC X-Type. Right now Pedro is looking for someone to give advice on artistic effects and eventually produce some 3D models for the engine. If you think you can help, this is the thread to check out. 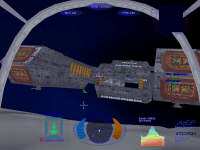 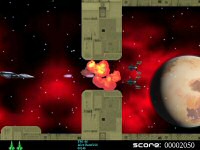 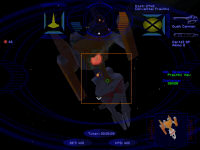