Mark Williams wrote to tell us that he's been working on a browser-based strategy game set in the Wing Commander universe. He sent along a project overview and some early screenshots.

CTA is a completely contained Real-Time Strategy Game playable on any computer with an internet connection and a browser (Must support at least a 1024x768 resolution). It takes place in the Epsilon sector in the Wing Commander universe and gives players a chance to explore two different ship trees and over 40 unique systems. 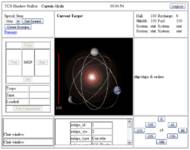 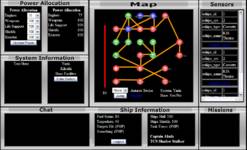 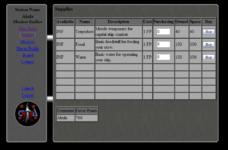 -Over forty eight unique Wing Commander systems to explore!
-Eight differant ships to drive into combat!
-Experiment with the differant upgradeable ship trees!
-More than thirty missions to undertake in exchange for ship upgrades!
-Engage in battle with anything from a corvette to an enemy fleet - all in real-time!
-Manage the supplies fighters and crew aboard your ship in an effort to overcome the odds!
-Free-form campaign style - play the missions or do your own thing!
-More then 20 differant Kilrathi ships to engage and destroy!
-Oversee that damage control parties on your ship during combat to increase your chances of survival!

It's being programmed in PHP with an SQL database. Website to be online shortly.

The History of Space Simulation

WingCenter's Obee has written an article on the history of the space sim genre for Swiss online magazine GBASE. The Wing Commander series is featured prominently. Visitors that don't speak German can find a computer translation here.