Steltek It Away, Boys

Here's one for the history books. The original Privateer features a spectacular opening cinematic... but the ending, in which the Steltek Drone tows away the Delta Prime derelict, has left many players underwhelmed. There's a good reason: a longer cutscene was removed to save memory, as the game initially shipped on 3.5" diskettes. It's unknown whether or not the original scene was ever animated, but the subtitles do appear hidden within the finished version of the game... and here they are!

BROWNHAIR: Rest in pieces, you bastard.

Meanwhile...sector Delta Prime.
Aboard the Steltek Scout, an officer notifies his captain of the drone's destruction.

OFFICER: Vessel recovered. Drone no longer.
CAPTAIN: To be good. However, weapons still in alien control. Wise?
OFFICER: No. Choice none. Damage acceptable. How much can single Privateer do?

EA Arcade in the News

Electronic Arts' recent announcement of Boom Boom Rocket for the X-Box Live Arcade has been followed by a whirlwind set of press interviews. The latest comes from Gamasutra, where Chip Lange answered questions about both the new game and EA's future prospects. Who knows, Wing Commander Arcade could be just around the corner.

GS: Can you tell us a bit about Electronic Arts' position with Xbox Live Arcade going forward?

CB: We're excited about the market potential that Arcade brings. It's a fun new category for us to publish games on. Electronic Arts publishes games on every meaningful interactive platform on the planet that makes financial sense. You've seen our recent releases - we've even been putting some games out on the iPod lately. 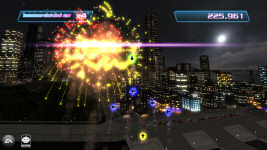 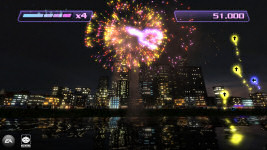 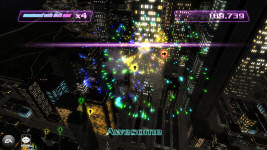