EA Replay Getting Closer In Europe

The dates for the European release of EA Replay appears to be firming up. Electronic Arts' European press site and Amazon.co.uk have synchronized with a February 23, 2007 ship date. The advertised price is still £29.99, almost triple the North American price. Amazon.de, on the other hand, is currently listing a substantially cheaper EUR 19,95 figure, so there's still hope for British WC fans. The German shipping date is noted as February 22, as is the French release, although the advertised price in France is EUR 8,75 higher. Despite these minor differences, all indications at this time suggest that Wingnuts in Europe will be playing Wing Commander on their PSPs in just over a month. 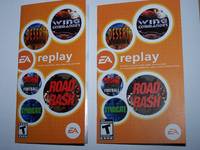 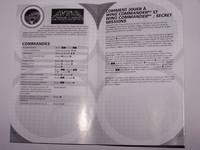 Goku reports that an unreleased portion of Origin's Crusader universe may yet see the light of day. The team at Echo Sector is working with one of the original programmers to recover a portion of Crusader No Survivors, a partially developed multiplayer expansion. Owners of the original No Remorse and No Regret will eventually be able to add online multiplayer via downloadable patch. It should allow four players to connect on modern computers. Some prep work on the game is expected to take a couple months to wrap up, but the script to the game's brief single player campaign should be released shortly. A level editor was also planned and is partially complete. The attached screenshot from the cancelled sequel, No Mercy, might give fans an idea what to expect. It's pretty neat that Origin stuff like this continues to fall out of the woodwork after more than ten years. Quite a few people are looking into uncovering artifacts like this, and there will be more exciting discoveries in the future.

The plot behind No Survivors is to explain the Silencer Training Simulator. The simulator is a virtual reality sim that the WEC uses for the training of its raw recruits to the Silencer Corp.