One of the newest members at the CIC Forums, Kiyara, has posted some neat pictures of his cool Wing Commander project. He has been working on creating 3D representations of Wing Commander and Starlancer ships that can be input into a Japanese hobby shop device for casting resin models. His first physical production is the Bengal Class Strike Carrier. The cost was around $45 to create the prototype. Kiyara would like to create additional designs and is entertaining the idea of taking a batch order. You can find some of the other ships under consideration at his website here or provide feedback at Crius.net. 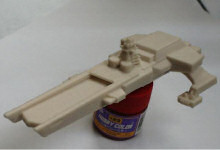 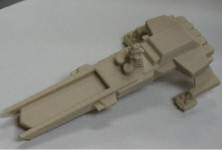 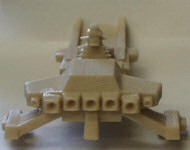 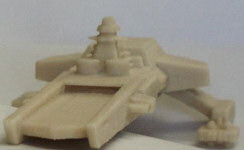 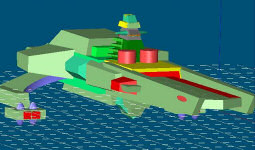 Richard Garriott's Tabula Rasa is now accepting applications for a closed beta test. Fans who signed up for game information long ago were sent direct invitations early this week, and all players can sign up at the TR website now to be considered on the standby list. Although the game has gone through several painful metamorphoses since it was begun, in recent months Destination Games seems to have pulled things together and created a more cohesive game. It'll be interesting to see if they can recover from these development issues to create a competitive MMO title. You can apply for the beta test here. A 2.5 GHz processor and 128 meg video card are required. NCSoft recommends a 3.5 GHz processor and 2 gigs of RAM. 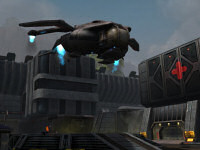 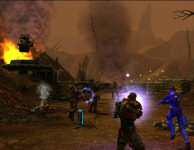 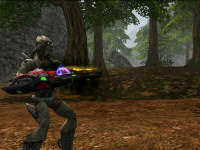 Tabula Rasa is a massively multiplayer online action game that takes you into the heat of battle at the frontlines of an epic war between a xenophobic alien race bent on galactic conquest and the coalition of rebel soldiers who’ve traveled across the galaxy to stop them.

Combining fast-paced action with the immersion of a role-playing game, Tabula Rasa takes the player on an intergalactic adventure where the individual has an opportunity to significantly impact the pace of battle on a global scale. Players enter the game as rebel soldiers wielding a variety of futuristic weapons, potent demolitions and the mystical power of “Logos.” It is up to each individual to use their stealth, ingenuity and skill to assist a ragtag coalition of rebels in their efforts to stop an enemy known for its intelligence and unyielding determination to enslave the Universe.