A Real Kick in the ASCII

Here's a story that seems unbelievable: Chris Knudsen has been developing a fan project called "Privateer: Ascii Sector"... a sixteen color, text-based take on Privateer! Here's what he says:

For the past 4 or 5 months I've been working in my spare time on an ascii game based on the classic Privateer (my absolute most favorite game!). I've got most parts of the actual flight engine worked out and am currently working on the bases and interaction with the characters in the game. Anyway, I'd like to post a few screenshots and get some feedback. As the entire game will be made up of ascii characters in 16 different colors (such as Adom, if anybody is familiar with that game), this game will mostly be for the retro-gamers out there. 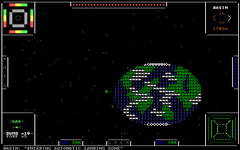 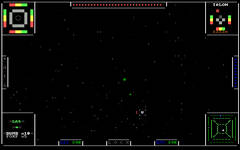 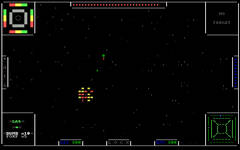 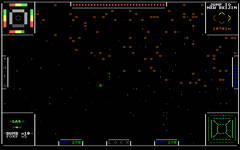 Rumors of EA Replay 2 are making the rounds with the legitimate gaming press -- here's GameSpot and PSXExtreme articles on the rumor. There aren't any new details, but it's good to see that the rest of the world is as interested in what could be included in such a game. Is Replay 2 a real project? Well, here's an online resume for an Electronic Arts employee who lists the game as one of their credits. Only the big question remains -- will it include more Wing Commander?