Clive Owen, star of Privateer 2, is one of the featured actors in Amazon's new Why we love... section. What do they say about him?

There are some actors whose body of work really catches our eye. The name may not ring a bell, but you'll know the face. And after you say, "Oh, I knew he/she looked familiar!" you'll thank us for bringing them to your attention.

Why We Love Clive Owen

Because he fits the definition of a classically trained British actor, but has a dangerous edge. Because he always holds his own in the most crowded of star vehicles. And because he's devilishly handsome besides. Owen was one of the hottest names to take over the role of Bond (ultimately filled by Daniel Craig), but he's become a major star, even without a license to kill. --David Horiuchi

You can stock up on Clive Owen DVDs here. 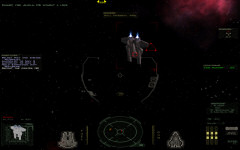 The Wing Commander Saga team is in need of some extra voice actors. If you own a decent microphone and this sounds like something you'd like to be a part of, then you should get in touch with Tolwyn here.

With the Prologue campaign finished, we're need more voices to round out our voice talent. Previous voice work for another mod is preferred, but not required. Candidates should be serious and be able to sound like someone in their 20s. Openings are for miscellaneous ships and roles, with a strong emphasis on Confed fighter pilots.

We're also auditioning for a few major roles in the campaign, candidates must sound like an older person in their 30s to 50s

To become a candidate for this process, reply to this thread to officially let us know and then PM or email to Tolwyn@gmxpro.net for more information. 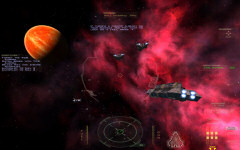 Then try your luck on these 26 lines. Voice recording should be done in 44 khz mono. I shouldn't say this, but you guys need your own microphone. Please make sure to eliminate breathing into microphone sounds.

You are free to say your interpretation of the theme as long as it doesn't deviate too far.

1) "All fighters are destroyed, area is secure"
2) "Enemy fighters have arrived"
(continued here)

The guys with the best "comm voices" gets the fighter pilot roles, but there is a strong chance that the people not selected for this role will be delegated for other roles as well, they are as equally important.