EA To Bring Back Old Franchises

Darklightr came across an interesting quote in the October issue of the U.S. PlayStation Magazine. In "The People vs. EA," the company responds to some of the criticisms gamers have. Look what Nick Earl, general manager of EA Redwood Shores, says in response to complaints that the company has 'killed off' old franchises! Could there be a new Wing Commander title in development already? 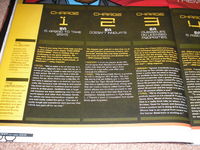 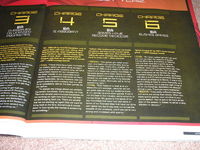 "EA...killed all my favorite franchises, only to replace them with their own. Ultima, dead. Wing Commander, dead. Dungeon Keeper, dead. Populous, dead. System Shock, dead. Lands of Lore, dead . . .And Command & Conquer only lives on as a shell of its former self." -- OPM message boards

EARL [. . .] "To answer the charge about not revitalizing certain franchises, that's actually not true. There are several unannounced franchises we are working on right now from that list that we are bringing back out. There are several that we are starting up again that we want to bring back to the fans. Sometimes it comes down to how loudly the market is screaming for something."

And who else screams as loudly as Wing Commander fans? It's worth pointing out that EA continues to promote Ultima Online after nearly a decade, and the vast majority of Wing Commander titles were created and paid for by Electronic Arts too.