Electronic Arts announced yesterday that an XBox 360 version of Command & Conquer 3 is in the works. This should help to significantly broaden the audience for the game and give more people a chance to see EA's latest attempt at FMV with live sets. The company will be reconfiguring C&C's controls to work better with a console controller, similar to what they did for the well-received Lord of the Rings RTS released earlier this year. Electronic Arts also continues to have great success with XBox Live Marketplace, and numerous additions to the game will be available to download.

C&C 3 will be one of the most robust titles on Xbox LIVE(TM)(2), with a steady stream of downloadable content on Marketplace. The first dashboard theme featuring amazing concept art from the development team will be available soon.

From the team at EALA who brought you the critically-acclaimed The Lord of the Rings(TM), The Battle for Middle-earth(TM) II for the Xbox 360, C&C 3 will ship worldwide in 2007 for the Xbox 360 and Windows PC. 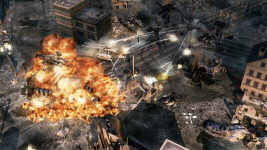 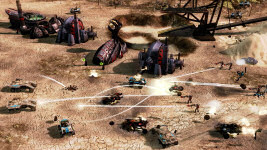