Shrike Three, You're Out!

Veteran Wing Commander artist Sean Murphy has something exciting for us. He's had some technical problems with the 3D models he's been using to create Wing Commander wallpapers, so he's converting them to a modern format... and he's giving the fans copies! You can now download a 3D model of the TB-81 Shrike class Torpedo Bomber from Wing Commander Prophecy! This is the detailed, high quality version that appeared in the Prophecy's pre-rendered cutscenes and publicity artwork rather than the lower quality in-game model that can be extracted from the game itself. The bomber is in MAX8 format -- three sample renderings can be seen below. Download your copy here (4.22 MB). But wait, there's more -- Sean says that the Devastator is coming soon! 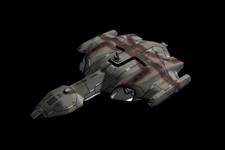 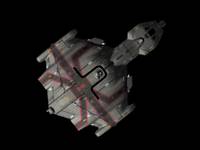 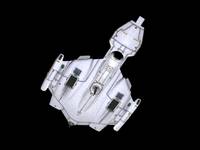