Wing 4 Gets The Royal Treatment 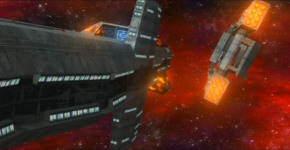 Last month our own Cpl_Hades had the privilege of staying at Joe Garrity's Origin Museum for several days, doing some exciting Wing Commander research. Now, we can reveal one of the exciting things he found in the archives: the original script treatment for Wing Commander IV: The Price of Freedom!

This 88 page document walks through the entire story of the game, as it was originally conceived... and fans will immediately notice some significant difference! Instead of two halves (on the Lexington and then the Intrepid), this early version was divided into three parts: it opens with an extended segment where Blair serves as part of a planet-based squadron on Nephele! That's not all -- each section has new characters, too... Nephele, for instance, includes Cmdr. Tyla Braverman and Chief Tech "Mutt" Malone.

Finally, one part may prove very controversial: this document seems to be the source of the Wing Commander movie's "Pilgrim" storyline: Border Worlders are distinguished by the fact that having spent generations in space has altered their genetics (brief references to this survive to the finished movie, such as Paulsen's speech about Border Worlders being from 'inferior stock'). Astute Wing Commander historians may remember that the Phoenix Pictures Memo, based on the original movie proposal, referred to Border Worlders rather than Pilgrims.

You can get the new document here (25 meg zipped .PDF).

Provox Games has recently announced a space sim called Space Force 2. Never heard of part 1? Don't worry, it wasn't a space sim at all, but the sequel is your typical Privateer game. Recruit wingmen, explore a large universe, follow the plot or take side missions to get cash to beef up your ships. Special goods are also dispersed throughout the galaxy for those willing to search for them. NPC characters are supposed to have a wide range of personalities and skills to make them seem more lifelike. The game uses the latest DirectX 9 techniques, and sample graphics are available below. Some preview sites have described this as more of a strategy game, but it seems to be a straightforward space sim with RPG elements like Star Wolves. Trailers, image galleries and more information is available at the SF2 website. 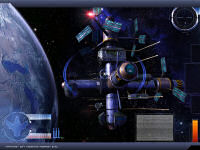 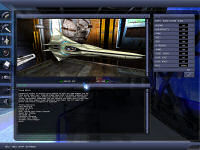 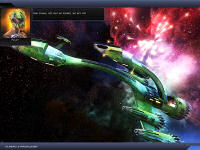 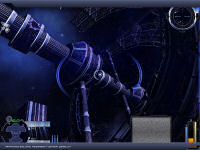 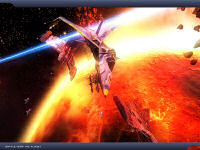 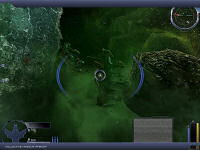