Pioneer Refueling Base Under Construction

The WC Pioneer team has been very quiet lately, but they have released preliminary shots of a refueling and repair base for their fan project. The red ship in the second image is a Venture corvette for scale, and the smaller red dots represent six foot tall humans. You can see that the scale has been changed to better fit as a practical frontier station. Other team members are currently working on particle systems, backwards compatibility and turret graphics. 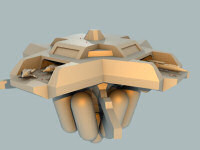 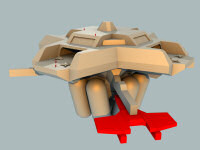 Sony has announced a new bundle for the Playstation Portable that might tempt a few fans waiting for EA Replay. The new set goes on sale in North America on Wednesday for $249.99. It includes the system, a one gigabyte pro duo memory card, the Lords of Dogtown UMD movie and ATV Offroad Fury: Blazin' Trails game. Wing Commander fans who aren't interested in the packed in game or movie are still better off getting the core set for $199.99 and picking up a memory card separately. Only 56 days to go! 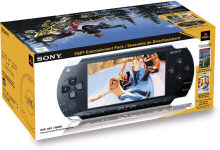