There's a lot of aviation and aerospace news coming out of the Farnborough International Airshow this week. One of the more exciting articles for our readers might be about the new spaceport located in New Mexico. The site was commissioned last year under the name Southwest Regional Spaceport and has now been renamed Spaceport America. It joins half a dozen other locations officially classified as commercial spaceports by the US Federal Aviation Administration. BrynS pointed out an article that highlights the debut of suborbital service being offered by Virgin Galactic. For $200,000, some 300 rich and famous guests have already begun booking seats aboard the first flights in 2008. The spacecraft that the company will be flying are an enhanced version of SpaceShipOne launched in 2004. On a related topic, Origin founder Richard Garriot was the winning bidder on a statue which flew on SpaceShipOne's historic flight. His father was also famous Spacelab astronaut Owen Garriott, and the rumor a few years back was that he was toying with the idea of a $20 million trip to Mir. That never panned out, but it's a much more likely bet that Richard will be taking a trip to New Mexico before long. 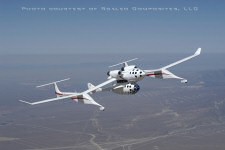 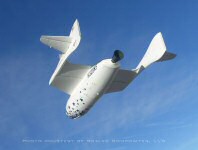 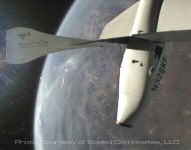