It's time to pat ourselves on the back: today is our third anniversary of providing uninterrupted daily Wing Commander news updates! We're happy to be able to provide wingnuts around the world something new, however small, each day! The response we receive through the forums, via e-mail, on IRC and at conventions is what keeps the site going - you're a great community, and this is as much your accomplishment as it is ours. 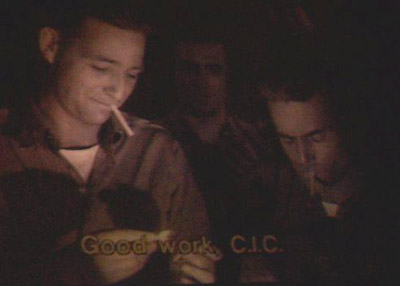 So, what were we talking about three years ago? The imminent release of Wing Commander Prophecy GBA! Let's hope we get to present news like that again soon... 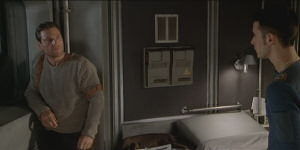 Astute credit-watchers have found a difference between the Wing Commander movie's actual credits and the version published online. The finished version includes a fourth music credit:

Unlike the film's other three tracks of licensed music, pop songs from Cuba and Thievery Corporation, the Mozart is readily identifiable in the movie itself: it's the opera Paladin is listening to when Blair comes to talk to him about the Pilgrims.

The version of the song used in Wing Commander comes from a CD of production music from Ole George Music. These are CDs of stock music licensed to films for exactly this purpose. Unfortunately, we're at a loss for how to get a copy for ourselves. If anyone is familiar with either Mozart or movie production, please let us know if you can track down this music -- then we can all listen to the same music as Paladin!