Most of our Freespace news lately has related to the WC Saga mod, but Scooby Doo has also recently created a standalone model pack. It includes the Raptor, Excalibur, Ecantona, Kamekh, Goran, Vampire and Piranha. The files are available as .VPs. Scooby refers to these as "finished," but cautions that a few ships may have glitches that keep them from working properly. You can grab the pack here and find more information about how it works at the HLP Forums. Scooby's Piranha has been getting the most attention lately. Here it is in high detail and running in FS2 itself. 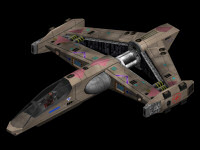 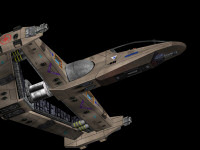 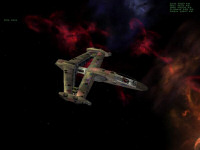 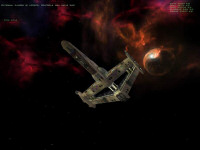 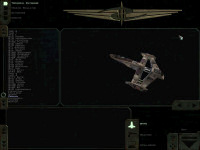 Stingrays Sting In Higher Res Than Ever

When some of the first Wing Commander desktop wallpapers were released with Origin FX in 1993, they were made available in 640x480 VGA resolution - more than twice the detail available in Wing Commander games at the time. In 1996 Origin released official wallpapers for Privateer 2 in enhanced 800x600 SVGA resolution. Ten years have passed now, and more and more people are running in UXGA and beyond. To meet this demand, Sean Murphy has provided his latest wallpaper in full 1600x1200 resolution. Sizes up to 1280x1024 were released last week. The newest version of the scene comes in at 2.5 megs. Enjoy!